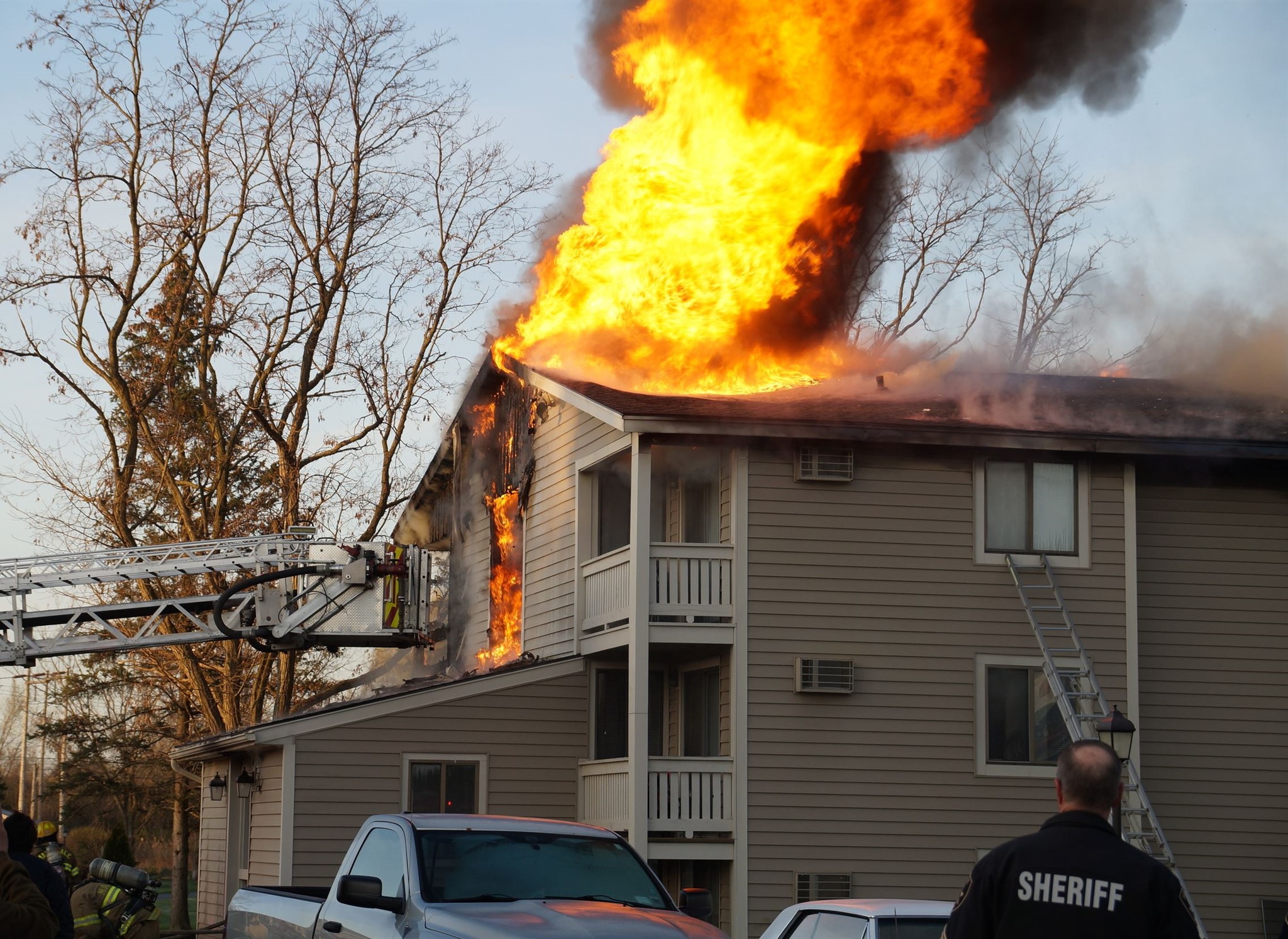 At 6AM Sunday morning, The Onondaga County 911 Center alerted Moyers Corners for a reported Multiple Occupancy Fire with possible individuals trapped on Woodard Way, near Henry Clay Blvd. in the Station 3 response area.

Car 4 [D/C Dembowski] arrived and struck the Signal 99 with heavy fire conditions from the first, second, and third floors. Due to the number of occupants and heavy fire conditions, the alarm was upgraded to a Second Alarm, bringing additional mutual aid companies to the scene.

Truck 2 [Lt Hart] arrived first and positioned to deploy an attack hose line to the fire building, as well as ladder the building. Engine 31 [Capt Wilkinson] arrived immediately after and assisted Truck 2 with deploying their hose line and began searches of the structure for additional occupants.

In addition to Fire Department personnel, members of the Onondaga County Sheriff’s Office and off-duty City of Watertown firefighters helped evacuate occupants from the structure.

As part of the second alarm assignment, Belgium-Cold Springs Engine 21, Clay Engine 11, Liverpool Truck 2, and Lakeside Ladder 5 were moved into the scene to assist. In addition, Cicero, North Syracuse, Phoenix, North West, and an additional Engine from Liverpool provided standby coverage for our fire district.

There were two occupants transported to area hospitals for minor injuries and observation as a result of the fire.

Two occupants of the building were evaluated by EMS and transported to local hospitals with minor injuries. One Moyers Corners firefighter suffered minor injuries and was evaluated on-scene.

The cause of the fire is currently under investigation by the Onondaga County Fire Investigation Unit.